The trans-Tasman bubble is officially happening! The recent troubles have taught us that life is precious and we need to enjoy it in all its fun and interesting ways. As such, when we return to the land of the long white cloud, we would want to lay our eyes on the most otherworldly sights to make us feel we were more than just a stone’s throw away from home. Here are a few of the more unusual places on our New Zealand bucket list.

There’s a lot of magic underfoot in the North Island town of Waitomo. It's famed for its magical Gloworm Caves that are home to thousands of bioluminescent worms that give the caves their starry glow. But there are many more subterranean adventures to be had in this extensive cave system. There are underground streams that you can kayak in and a myriad of marvellous rock formations that will make you feel like you’re on another planet. For an earthlier experience, head just north of Waitomo to the village of Otorohanga, where you’ll have the chance to spot the rare kiwi bird. 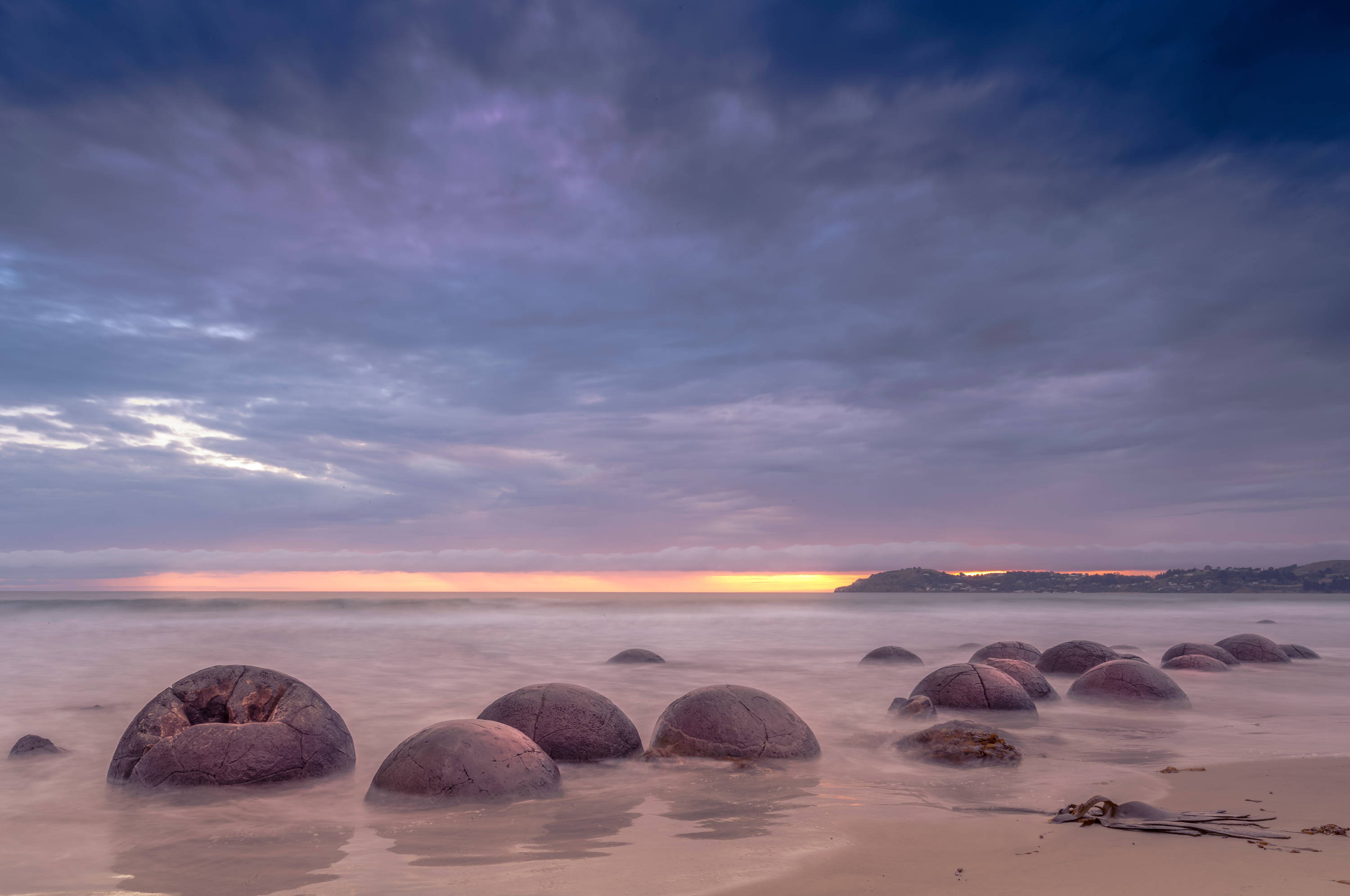 New Zealand is a geological wonderland, and on the Otago coast of the South Island, you can find one of the more peculiar rocky sights. A visit to Koekohe Beach at low tide will reveal the Moeraki Boulders – spherical rock formations that resemble giant stones scattered along the beach. The boulders are millions of years old, can weigh up to several tonnes, and can get up to 2 metres wide. 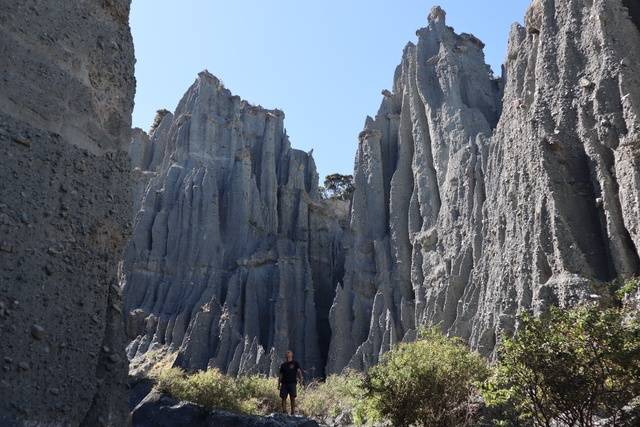 The Putangirua Pinnacles are the exposed sections of scree and gravel found near the town of Martinborough. Thousands of years of erosion have washed away loose sediment and left behind towering structures that have stuck together. If walking amongst the eerie grey pillars makes you feel like you are walking through a fantasy landscape, you’re not alone. They were the real-life backdrop to the ‘Paths of the Dead’ in Peter Jackson’s film Return of The King. 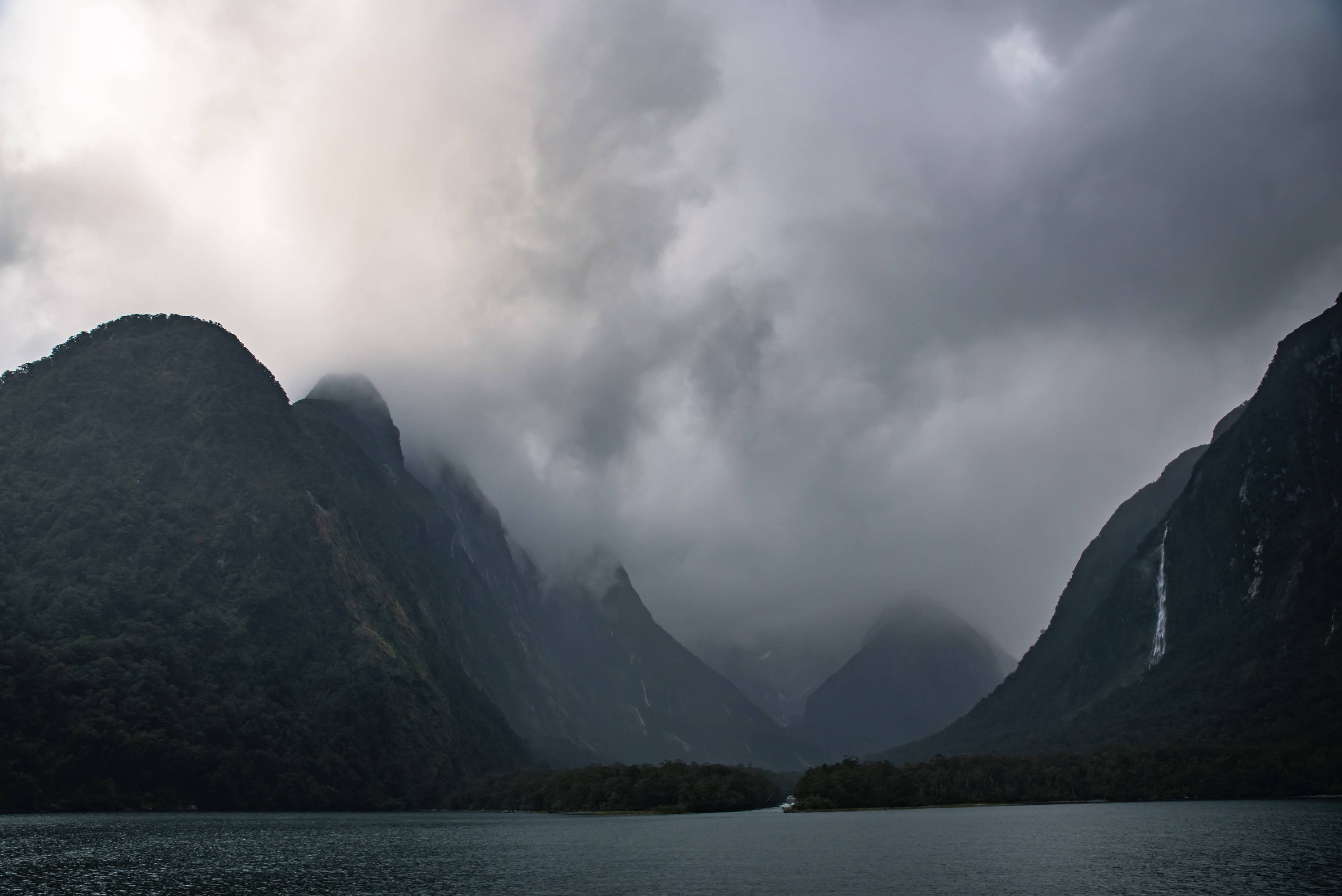 Milford Sound is on almost every New Zealand travel itinerary, and for good reason. This iconic fjord is akin to a garden of Eden. The incredible views are best seen from a boat tour where you’ll be treated to scenes of lush forests rising out of placid water, gushing waterfalls, and the occasional seal, penguin or dolphin sighting. 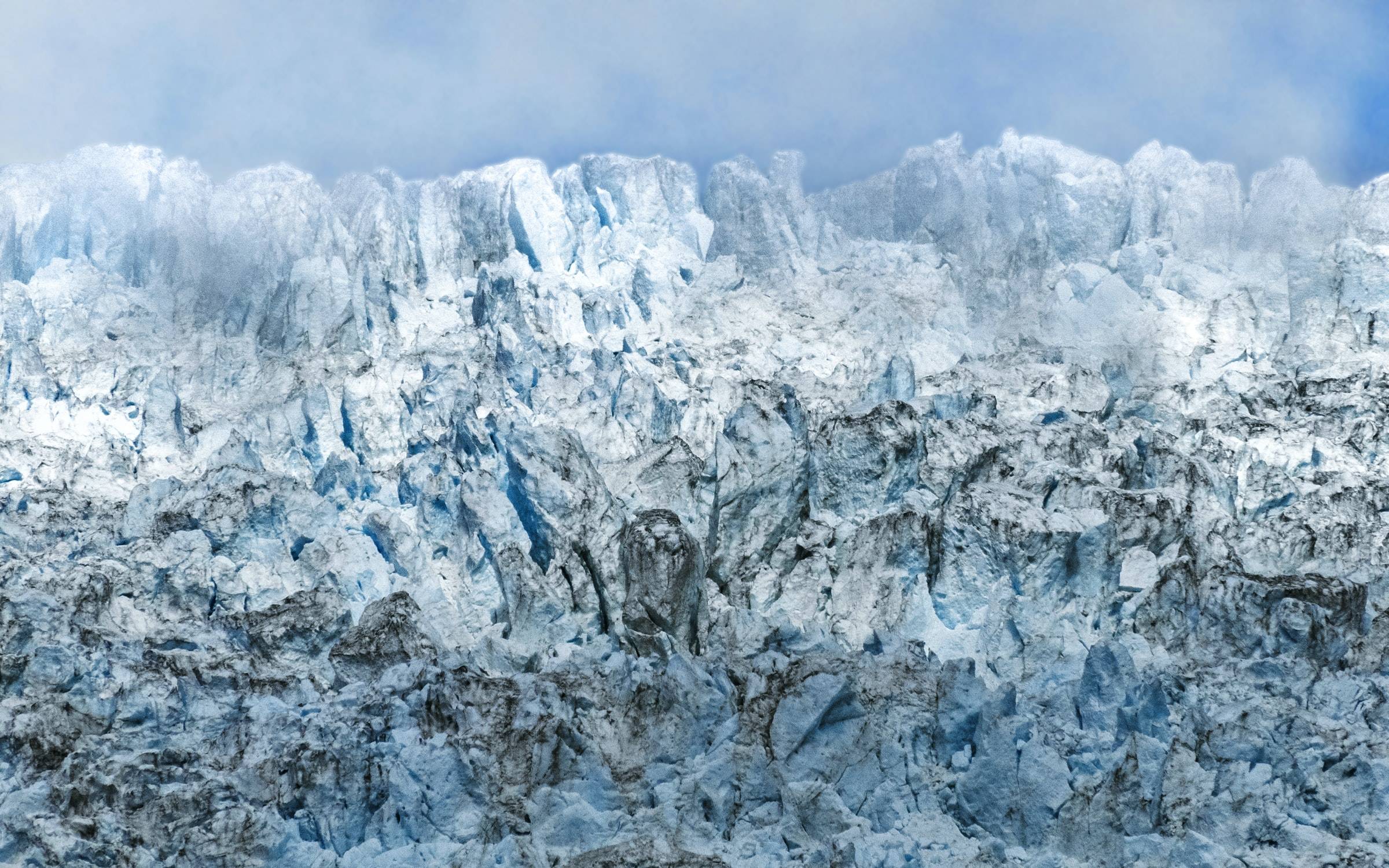 The South Island’s Fox and Franz Josef glaciers are two enormous rivers of ice that have to be seen to be believed. The enormity of the glaciers are best showcased from the air, so if you can splurge on a helicopter tour it will be worth it. Otherwise, you can do your best to spot the top of these stunning ice structures from the base. Or if you’re feeling adventurous, you can go on a guided hike and actually step onto these amazing ice formations. 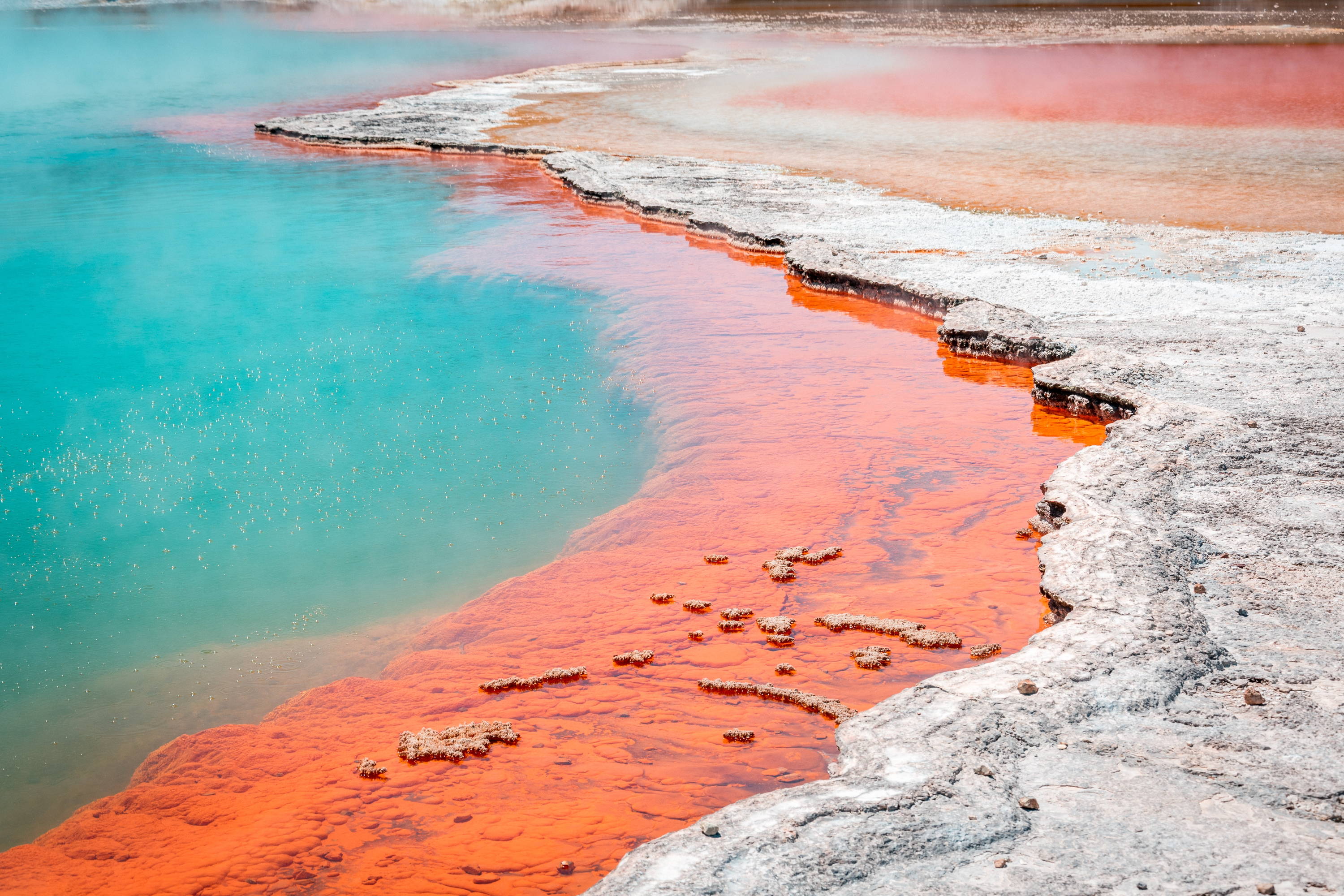 Situated on the Pacific Rim of Fire, Rotorua is a hotspot of geothermal activity. You can spot stunning geysers that spout boiling water and steam into the sky, colourful thermal streams, and unique volcanic landscapes. After strolling around a geothermal park, treat yourself to a rejuvenating mud bath, hot pool or spa experience that harnesses the healing powers of earth's minerals. 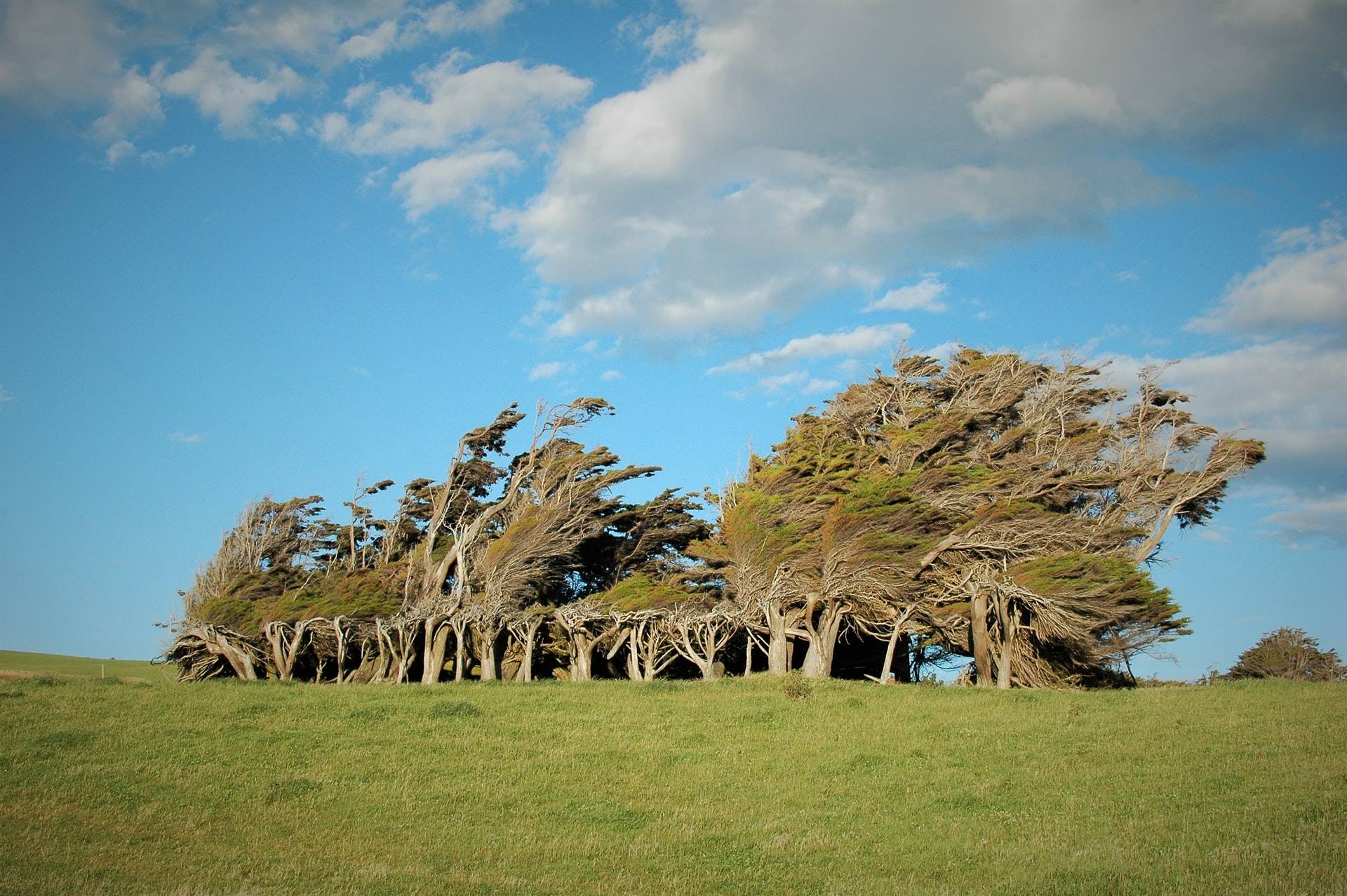 There’s a special feeling that comes with reaching the end of the road. In New Zealand, one of the most unique places to get that feeling is at Slope Point – the southernmost tip of the country. A 20-minute walk across private farmland will lead you to a yellow signpost that marks the distance to the south pole and the equator. Views of the Southern Ocean and rugged cliffs are spectacular. As are the sloping trees that dot the landscape, shaped that way because of the ferocious arctic wind that continually blows them over. 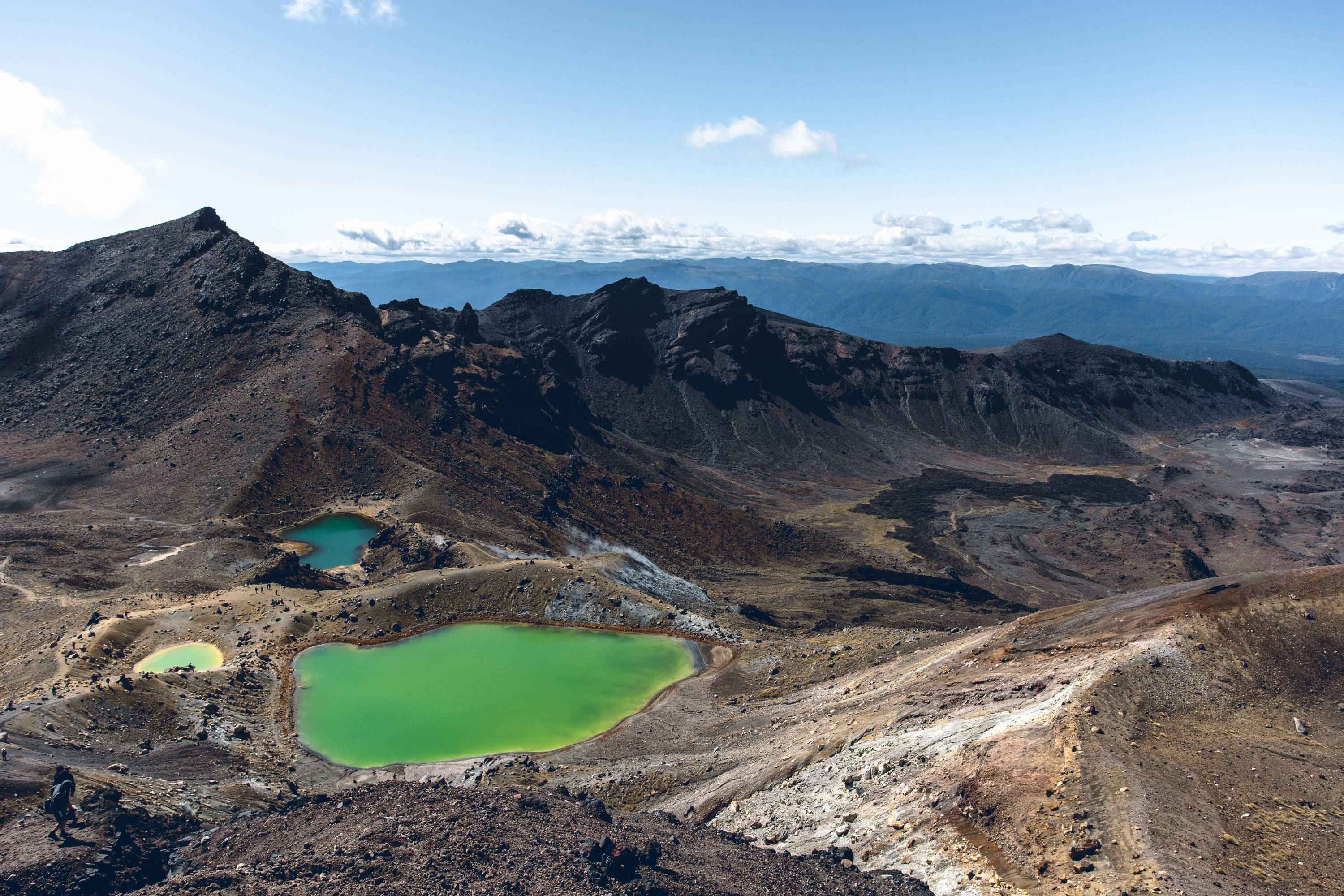 There aren’t many day-walks in the world that will grant you views of an active crater, emerald-hued lakes and steaming vents. Tongariro Alpine Crossing does all that and gives you one of the best views of Mount Ngauruhoe, also known as The Lord of the Rings’ Mount Doom. The 20km hike takes place on a World Heritage site of dual status (natural and cultural) and can be done in a single day. 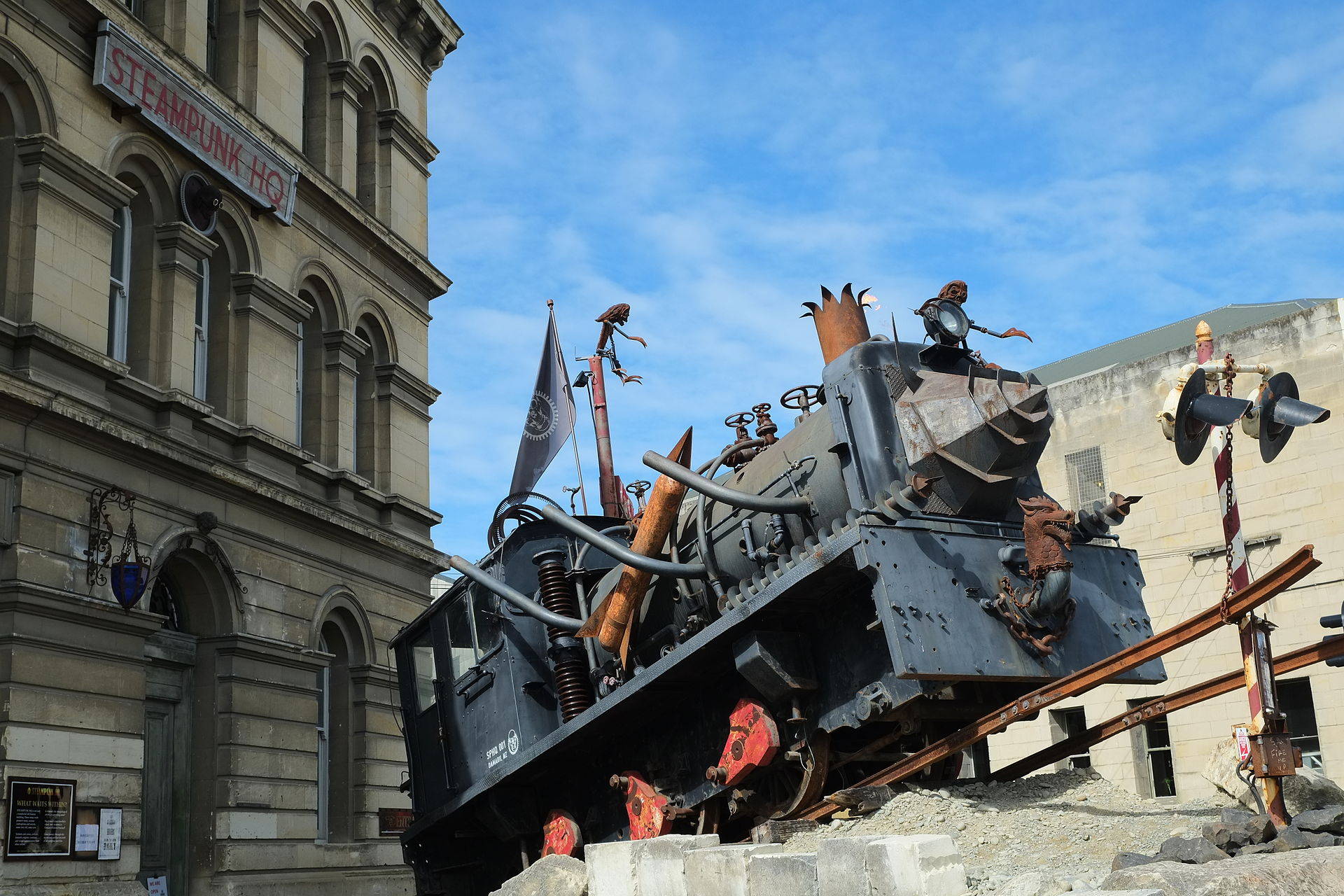 For a cultural otherworldly experience visit the Steampunk museum in Oamaru on the South Island. For the uninitiated, steampunk is a particular brand of sci-fi that is based on what people in the Victorian era would have imagined for the future. It’s futuristic tech peppered with the aesthetic of the past. It all comes together in this peculiar museum in the historic town of Oamaru - an odd nod to a very peculiar subculture. 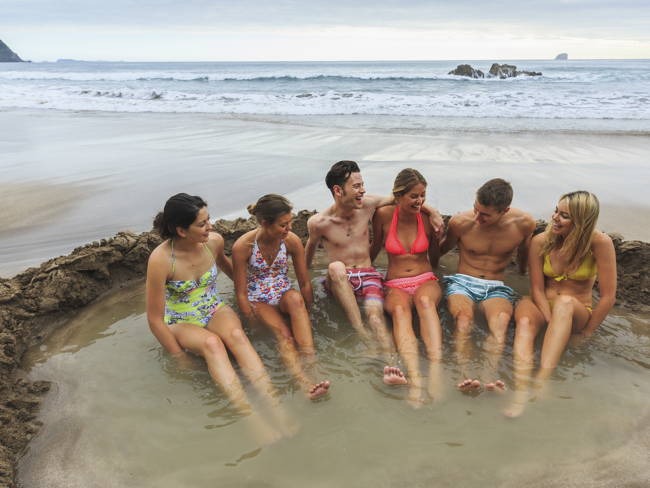 The North Island’s Coromandel features some of the most beautiful beaches in New Zealand. For a truly unique beach experience, a visit to Hot Water Beach is a must. Here, the water table just below the top layer of sand is heated by geothermal activity. Within two hours of low tide, visitors can dig through to this hot water and have it mix with the cool ocean water to create their very own beachfront spa. You’ll need a shovel or at least a spade to dig a hole big enough to sit in, but the experience is truly worth it. Where else can you dig your own natural thermal bath at the beach? 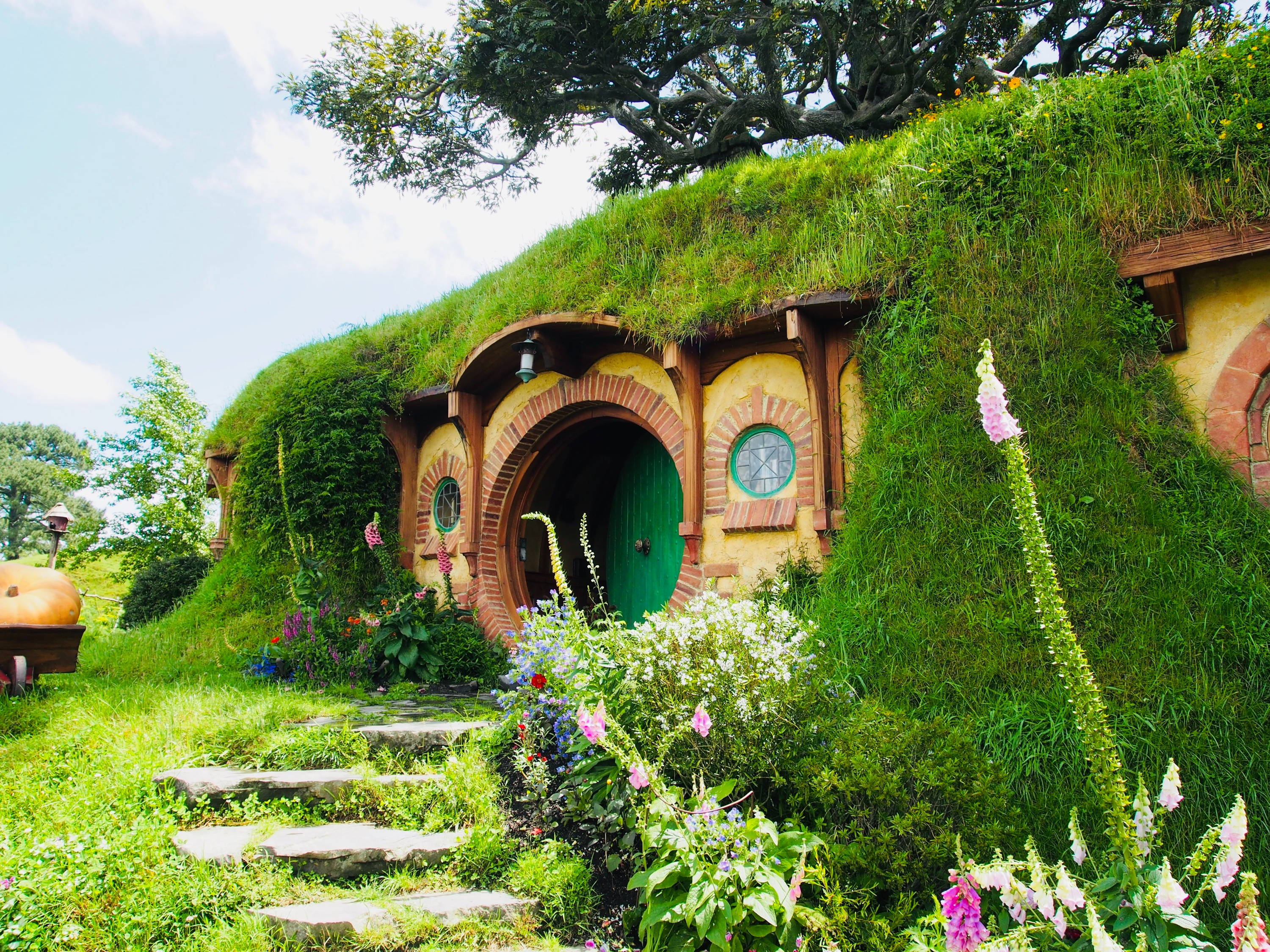 One of New Zealand’s greatest advertisements is undoubtedly the Lord of the Rings film franchise. We were given a glimpse of some of New Zealand’s most beautiful sights shown through an adaptation of one of the greatest stories ever written.

Tolkien’s world comes to life with New Zealand’s magnificent landscapes, but for fans of the fantasy novel and film, a chance to experience life as a Hobbit is also an experience worth travelling for. They can do just that at Hobbiton, the movie set featured in The Lord of the Rings and The Hobbit films. The set can be visited through a guided tour that includes a drive through the rolling hills of the farm surrounding the set, a look at Bag End, Green Dragon Inn, and the famous Hobbit Holes.

Have you got an otherworldly New Zealand destination we should add to our bucket list? 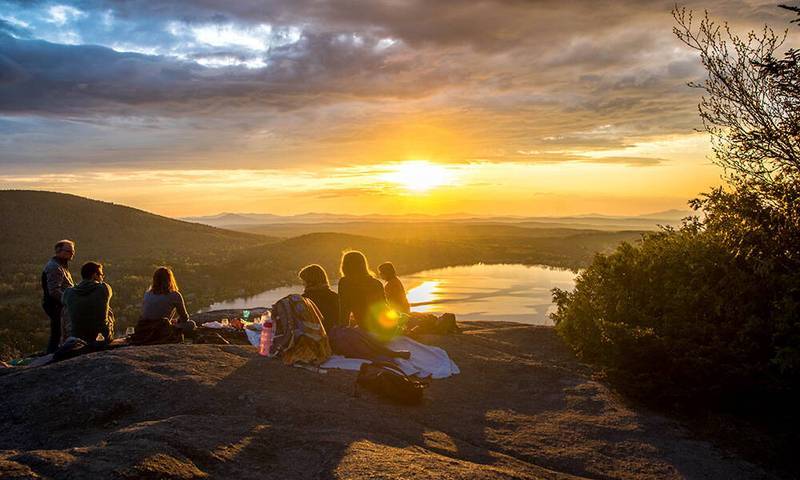 How To Make Your Travels Kinder To Our Planet 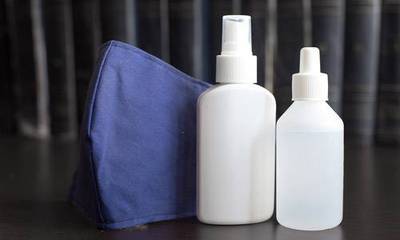 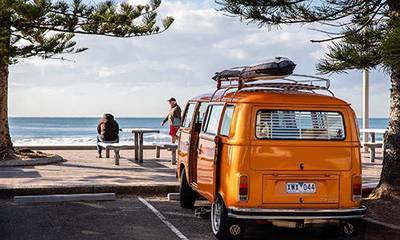 The Best Staycation Ideas Around Australia